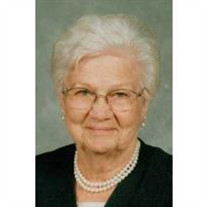 Waynesboro, GA – Lois Smelley Capley, age 88, passed away on Tuesday, August 16, 2011, at Brentwood Terrace Health Center. She was the wife of Norris Arnold Capley, deceased. Lois was the daughter of Mr. and Mrs. Francis Marion Smelley of Tuscaloosa, AL. While living in Tuscaloosa, she attended Stafford School, Tuscaloosa Jr. High, and graduated from Senior High in 1941. She was a member of Southside Baptist and worked at the Crystal Laundry. While living in Columbus, MS, she was a member of First Baptist, OES Chapter No. 66, and a Civil Service employee at Columbus AFB. While living in Gordo, AL, she was a member of Elmore Center United Methodist and Gordo Homemaker’s Club. She is survived by her two sons and their spouses, Thomas & Kathy of Vancleave, MS and Dale and Cathy of Keysville, GA; four grandchildren, Brandy, Mary Thomas, Dane Alice, and Andrew; one sister-in-law; and several nieces and nephews. A Memorial Service will be conducted at 7:00 p.m. on Wednesday, August 17, at DeLoach-McKerley Funeral Home with Rev. Matt Shryock officiating. Interment will be held at a later date in Tuscaloosa, AL. The family suggests that memorials be made to the charity of one’s choice. DeLoach–McKerley Funeral Home & Cremation Service, 842 N. Liberty Street, Waynesboro, GA 30830 (706-554-3531) is serving the family of Lois Smelley Capley. You may sign the family’s personal guestbook at www.deloachfuneralhomes.com

The family of Lois Smelley Capley created this Life Tributes page to make it easy to share your memories.