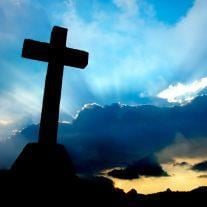 Blythe, GA. Dennis Raymond Transki, age 71, of Blythe, GA., passed away Monday, March 30, 2015, at his residence. Mr. Transki was born May 10, 1943 in Buffalo, New York, to the late Raymond Transki and Irene Ramback Transki of Buffalo, N.Y. He was preceded in death by his wife, Gloria Dayton Transki and one son, Timothy Transki. He was also preceded in death by his companion of 20 years, Tina Burrows. He served in the U. S. Navy, was an avid outdoorsman who loved by hunt and fish. He was a mechanic and could fix anything. Besides his mother, he is survived by his 2 sons, Duane (Berni) Transki of Augusta, GA., and Brian (Angie) Transki of Buffalo, N.Y.; his caregiver of many years, Bobbie Luke of Hephzibah, GA.; 1 sister, Carol (Hep) Heppner of Springville, N.Y. and one 1 brother, Ron (Kathy) Transki of West Falls, N.Y. A memorial service will be held at a later date.

The family of Dennis Raymond Transki created this Life Tributes page to make it easy to share your memories.