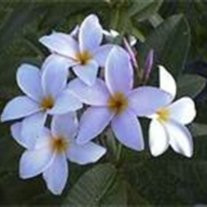 Virginia DeLaigle Sharp, 84, passed away Sunday, February 24, 2013, at Piedmont Newnan Hospital in the care of Gentiva Hospice with family and friends at her side. A native of Burke County, she was born March 7, 1928 in Waynesboro, Georgia. She was the daughter of the late Nicholas and Jennie Quick DeLaigle. She was preceded in death by her husband, John D. Sharp, and siblings, Raymond DeLaigle, Herman DeLaigle, Inez DeLaigle Peters, Elizabeth DeLaigle Cloninger, Roy DeLaigle, Ray DeLaigle, and Shelby DeLaigle Story. She is survived by her brother, Donald DeLaigle; sisters-in-law Sarah DeLaigle and Sallie Syms. Her daughters are Virginia Sharp (and husband Larry) Franz, Emily Ann Sharp and Pam Sharp (and husband John) Cray. She was a devoted grandmother to Amy Virginia Franz, Laura Ann Franz, and Casey Elizabeth Page. There is a large extended family of cousins, nieces and nephews. Great joy was brought into her life by her little Bichon companion dog, Beau. Virginia grew up in Burke County. She met and married John Sharp in Waynesboro, Georgia. Together with their three daughters, they moved to Newnan, Georgia in 1964. She is well remembered by the children that attended Atkinson School as the school secretary where she worked for more than 12 years. Virginia was an active member of Newnan First United Methodist Church. Through the years she became known for baking her delicious pound cakes for any special occasion. The family wishes to express sincere gratitude to the many caregivers, physicians and nurses; the most recent, Julia Pearce. In lieu of flowers, memorial donations may be made to Newnan First United Methodist Church Newnan, Georgia. 33 Greenville St. Newnan, GA 30263. Funeral arrangements are by McKoon Funeral Home at 38 Jackson Street in Newnan where visitation will be Tuesday, February 26th between 6:00PM and 8:00PM. The funeral service will be at Newnan First United Methodist Church on Wednesday February 27, 2013 at 11:00 AM. Officiating will be Dr. Med Roach and Reverend JoAn Kinrade. A visitation will be Friday March 1 at DeLoach-McKerley Funeral Home, 842 North Liberty Street, Waynesboro, GA from 6-8pm. Graveside service will be Saturday March 2 at Burke Memorial Gardens at 11 am with Dr. G. Al Wright, Jr. officiating. McKoon Funeral Home is in charge of the Newnan arrangements and DeLoach-McKerley Funeral Home & Cremation Service is in charge of the Waynesboro arrangements. Online condolences may be expressed at www.mckoon.com or www.deloachfuneralhomes.com.

Virginia DeLaigle Sharp, 84, passed away Sunday, February 24, 2013, at Piedmont Newnan Hospital in the care of Gentiva Hospice with family and friends at her side. A native of Burke County, she was born March 7, 1928 in Waynesboro, Georgia.... View Obituary & Service Information

The family of Virginia DeLaigle Sharp created this Life Tributes page to make it easy to share your memories.