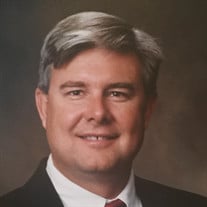 Nease Cleveland Mobley Jr. Nease Cleveland Mobley Jr., 55, died Friday, Jan. 6, 2017, on his family farm in Burke County. Cleve was a farmer, businessman, husband and father. He was preceded in death by his parents, Nease Mobley Sr. and Jane Williams Neely, both of Waynesboro. He is survived by his wife, Marlette Padgett Mobley of Midville; his sons, Nease “Trey” Cleveland Mobley III, Dustin Lewis Mobley and Caleb Story Mobley, all of Midville; and a granddaughter, Harper Mobley. He is also survived by his brother, Warren Mobley (Sara) of Augusta; his nieces, Tinsley Ruth Mobley, Sara Jane Mobley and Nancy Jordan Mobley; his uncle, Melvin Mobley of Waynesboro; and many cousins. Cleve was a 1979 honor graduate of Edmund Burke Academy and attended the University of Georgia and Augusta College. He was a self-made farmer who began his career in the early1980s with around 300 acres of rented land. Cleve would eventually farm more than 5,000 acres and was often one of Burke County’s top producers of cotton, corn, peanuts, soybeans and wheat. He was an avid businessman who was always interested in innovative technology and modern farming techniques. For several years, he had been working to adapt carrot farming to the area with methods he learned from farmers in Statesboro, California and Michigan. He had a deep respect for the older generation of farmers and often sought their wisdom and advice. He loved the land and was proud to help produce the nation’s food and textiles. In addition to farming, he was a pilot and a partner in Highsmith & Mobley Properties. Cleve was a man of generosity and charisma. He never met a stranger and was known and loved by many, both here and afar. Among his lifelong friends were families in Brownsville and McAllen, Texas, where he took his cotton pickers every July and August for many years to help with the harvest. He loved new challenges and adventures and was never afraid to take chances or stand up for things he believed in. In 1991 he was chosen to testify before the U.S. House of Representatives on behalf of family farmers across the country. Cleve was a founding member of the Screven Gin Co. in Sylvania and in the mid 1990s was instrumental in bringing together farmers from a four-county area for its establishment. In 2002, he ran for Congress with the endorsement and support from friend and U.S. Congressman Charlie Norwood. Over the years, Cleve served on a number of boards, organizations and clubs including the Burke County Farm Bureau Board of Directors, where he served more than 20 years, the National Crop Insurance Advisory Committee, the Staple Cotton Board, Burke County Cattleman’s Association, Midville Development Authority and Midville Lions Club. He was also chairman of Congressman Norwood’s Agricultural Advisory Committee. He was a member of Midville First Baptist Church. Visitation will be 5-7 p.m. Tuesday, Jan. 10, at DeLoach-McKerley-Prescott Funeral Home, 220 East Sixth St., Waynesboro. Services will be held 11 a.m. Wednesday, Jan. 11, at First Baptist Church, 853 North Liberty St., Waynesboro, with the Rev. Scott McKinney and the Rev. John Durden officiating. Pallbearers are Travis Gearing, Jim Bailey, Jimmy Mobley, Art Lively, Rocky Yelton, Joe Cawley, Curtis Burnett, Kevin Cobb and Robert Gradous. Burial will be at 2:00 p.m. at Midville City Cemetery. A covered dish dinner will be shared in the church’s fellowship hall after the service, and burial will follow in Midville. In lieu of flowers, the family asks that donations be made to Midville First Baptist Church, 145 Kilpatrick St., Midville, GA 30441, or the Future Farmers of America program at Emanuel County Institute, 102 North College St., Twin City, GA 30471.

The family of Nease Cleveland Mobley Jr created this Life Tributes page to make it easy to share your memories.