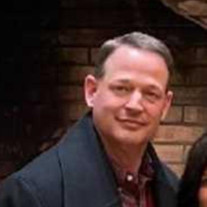 Mark Alan Grogan, 48, of Charlotte, NC, passed away Saturday, September 4, 2021. He was born in Augusta, GA on June 30, 1973. He was a star athlete at Edmund Burke Academy where he played football, basketball, baseball, and ran track. He proudly attended the University of Georgia and, although he graduated in 1996, he remained a fervent Georgia fan. After graduation, Alan worked at Olympic High School as a teacher and a football coach. His love of sports led him to be named the youngest Athletic Director in the state of North Carolina. He continued his career at Waddell High School, Providence High School and Ardrey Kell. He transitioned into the business world and quickly advanced to the role of Regional Director at Aramark Healthcare. Despite difficult hours and stress of this line of work, Alan never complained and relentlessly worked until the job was done. He did not accept less than his best effort in any job, conversation, or conflict. He did similar work at Sodexo and ended his career at Morrison, where he earned the respect and love of anyone who met him. Alan had many gifts and talents. He was determined, competitive, hard-working, and dedicated to his family. He coached his children not only in sports but also in life. He was a man of principle and instilled those values through his words and actions. Some of which include faith, hard work, and commitment. He showed integrity, stood up for what he believed in, and served without recognition. He was generous and loved to celebrate through thoughtful gifts and acts. He was intentional about creating memories through his family's shared love of Disney, sports, and Georgia football. He was a member of Carmel Baptist Church and was always eager to share his faith with others. He was often found reading his Bible, writing notes of encouragement, and talking to God. He was loved by many and there is comfort in knowing his legacy will live through the hearts of his children and the many other lives that he touched. A funeral service was held at 3:00PM on Saturday, September 11, 2021 at Carmel Baptist Church Matthews, 1145 Pineville-Matthews Road, Matthews, NC 28105. A funeral service will be held at 11:00AM, Monday, September 13, 2021 at the First Baptist Church of Waynesboro, 853 N. Liberty Street, Waynesboro, GA, 30830. Burial will follow in Burke Memorial Gardens. Alan is survived by his mother, Marie Holton Grogan; two sons, Hunter Grogan and Walker Grogan; daughter, Bailey Grogan; sister, Wanda Shryock (Matthew); nephew, Jacob Shryock; grandmother, Marine Holton; three uncles, Kenneth Grogan, Wayne Holton (Samantha), and Jimmy Holton (Geneva); seven cousins, Dana Smelt, Amy Watts, Kelly Warren, Kim Maddox, Jim Holton, Jennifer Gay, Nicole Highsmith; the mother of his children, Kristi Grogan; and special friends, Kara Ruth King and Kara Grace King. He is preceded in death by his father, Early Monroe Grogan Jr., paternal grandparents, Early Monroe Grogan, Sr. and Stella Grogan, maternal grandfather, J.C. Holton, materal great grandmother, Laura Godbee, Uncle Larry Grogan and Aunt Sylvia Grogan. Memorial contributions in Alan’s memory may be made to the mission outreach of the University of Georgia, or the mission outreach, “Send Relief” of the Southern Baptist Convention. Money for these memorials should be sent to First Baptist Church, 853 N Liberty St, Waynesboro, GA 30830, and designated either, “BCM @ UGA” or “Send Relief”. The family has asked that those attending the funeral services please remember to social distance and wear a mask. Please sign our online guestbook at www.deloachfuneralhomes.com. DeLoach-McKerley-Prescott Funeral Home, 220 East 6th Street, Waynesboro, GA 30830

Mark Alan Grogan, 48, of Charlotte, NC, passed away Saturday, September 4, 2021. He was born in Augusta, GA on June 30, 1973. He was a star athlete at Edmund Burke Academy where he played football, basketball, baseball, and ran track. He proudly... View Obituary & Service Information

The family of Mark Alan Grogan created this Life Tributes page to make it easy to share your memories.