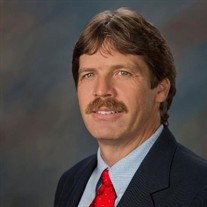 Charles M. Story, 54, entered into rest Tuesday, September 21, 2021. He was a native and lifelong resident of Waynesboro, Georgia. He was a 1985 graduate of Edmund Burke Academy and a 1989 graduate of Georgia Southern University. After graduating from Georgia Southern, he returned to Waynesboro to work with his dad in the insurance business, where he eventually took over and was the owner and operator of Story and Associates Insurance Company. His love for the community was evident as he served on various community committees throughout the years and was a former member of the Waynesboro Rotary Club. He was also a member and Deacon at First Presbyterian Church of Waynesboro and also enjoyed singing in the choir. Charlie’s love for basketball led him to spend his spare time coaching various boys and girls basketball teams through the years for Upward, Edmund Burke Academy, and Faith Christian Academy. He also served for two terms on the Board of Directors for Edmund Burke Academy while his children attended school there. In addition to his love for his family and his community, he loved spending time at a special place on the coast of Georgia, where memories were always made fishing and just enjoying quality time with his family. When he wasn’t at the coast, he enjoyed working in his yard at home and woodworking. He was preceded in death by his parents, Marjorie McBride Story and Ben Steed Story; and a brother, Fred Story. He is survived by his loving wife, Melissa Story; a daughter, Jessica Story Paulk (Seth) of Beaufort, SC; a son, Baker Story (Emma) of Waynesboro; a sister, Becky Brown (Bill) of Marietta, GA; two brothers, Sam Story (Julie) of Waynesboro and Bill Story (Jean) of Beaufort, SC; and numerous nieces and nephews. The family will receive friends from 4:00 pm to 6:00 pm Sunday, September 26 at the funeral home. Funeral Services will be at 11:00 am Monday, September 27 on the lawn of First Presbyterian Church with Rev Logan Almy. Burial will follow at Magnolia Cemetery. Pallbearers will be his nephews: Ben Story, Gaines Story, Steed Story, Paul Sanderson, Phil Kimball, and Sam Twente. Remembrances may be made to the following: First Presbyterian Church, P.O. Box 603, Waynesboro, GA 30830; Edmund Burke Academy, P.O. Box 787, Waynesboro, GA 30830; or Faith Christian Academy, 726 Hwy 24S, Waynesboro, GA. Deloach-McKerley-Prescott Funeral Home & Cremation Service, 220 East 6th Street, Waynesboro, GA 30830 (706-554-3531) You may sign the guest book at www.deloachfuneralhomes.com.

Charles M. Story, 54, entered into rest Tuesday, September 21, 2021. He was a native and lifelong resident of Waynesboro, Georgia. He was a 1985 graduate of Edmund Burke Academy and a 1989 graduate of Georgia Southern University. After graduating... View Obituary & Service Information

The family of Charlie Story created this Life Tributes page to make it easy to share your memories.